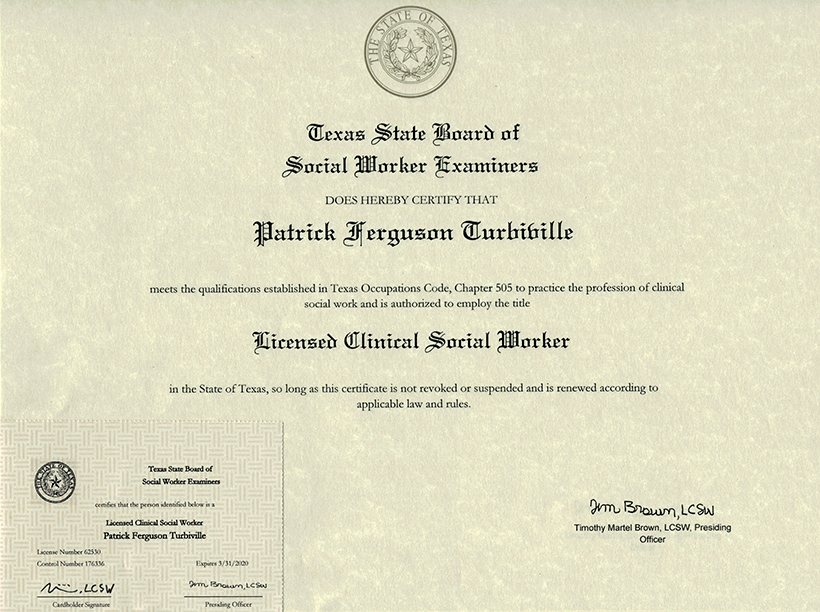 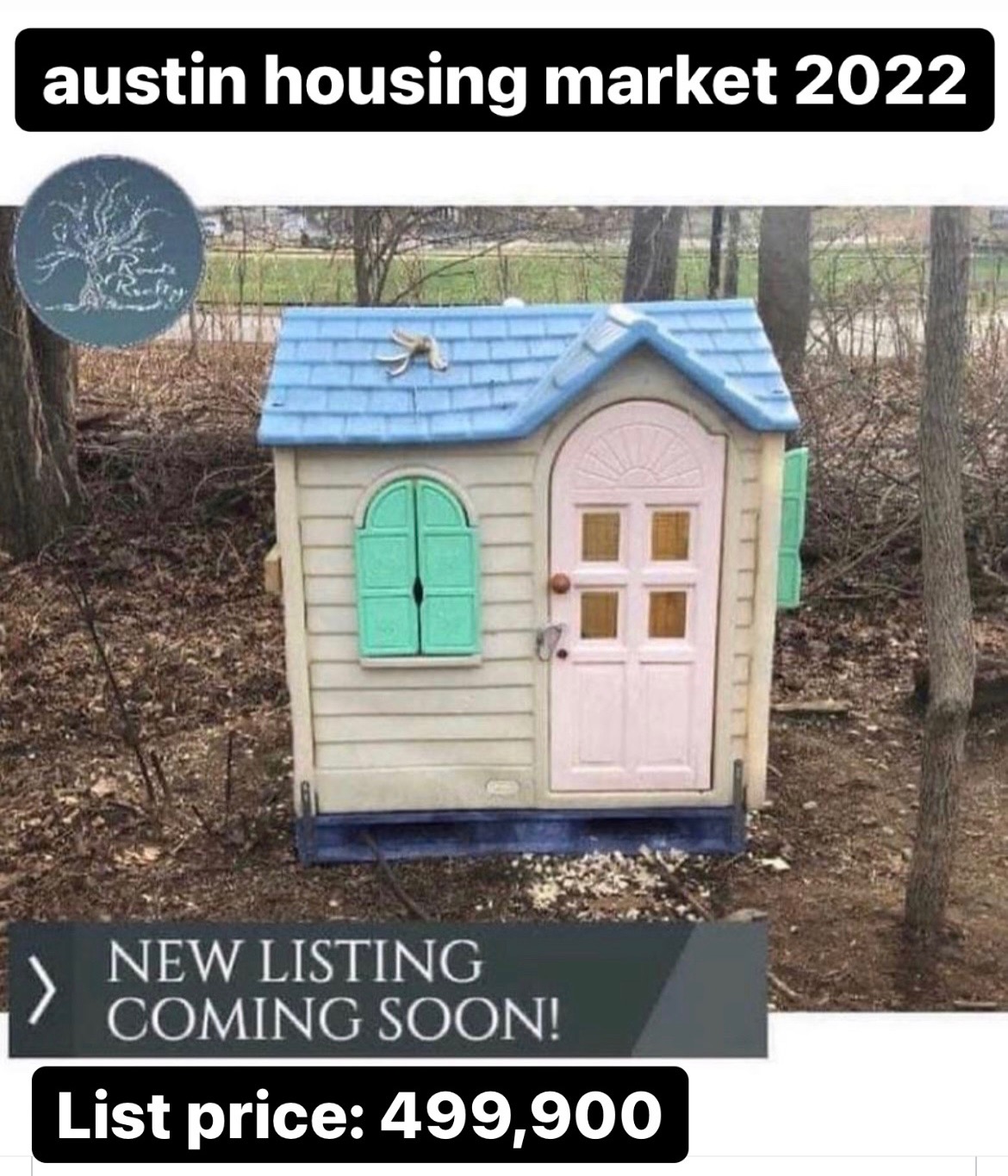 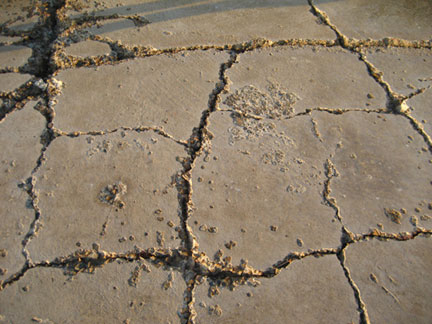 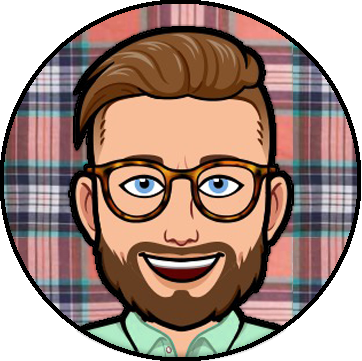 I mostly facilitate psychotherapy groups and work with adult individuals who've had traumatic experiences in relationships, including family-of-origin, intimate, social, and professional relationships.
‍
A lifelong Texan, I was born in 1981 in Irving, just west of Dallas.  At the age of four, the family moved down to College Station, where I graduated from A&M Consolidated High School. 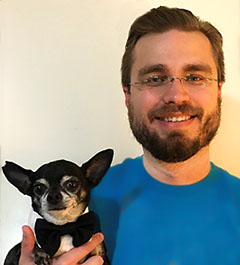 In high school, I was mostly concerned with writing music with my band, Poly-Ester (which played mostly original grunge tunes and Pixies covers), and putting on rock shows at local eateries and parks.
‍
I moved to Austin in 2000, where I attained an associate's degree from Austin Community College’s Commercial Music Management program (now called the Music Business, Performance, and Technology program). I opened up a recording studio called TheBrainMachine (now Hen House Recording), spending my spare time playing shows with my mostly instrumental, super-noisy rock band called SteerS.
‍
Things were going sort of well (or were they?) when… yada yada yada… I decided to take a break from the music world to focus on my mental health. With nothing better to do and without much to lose, I figured getting a degree in psychology could give me some insight into my own mental health struggles, with the potential side benefit of an eventual career. So, in 2007, I returned to the land of my birth (or close to it) to attend the University of North Texas in Denton.
‍
I took classes part-time and worked a few different jobs over the years: I provided care and enrichment in a home for adults with developmental disorders at Innovative Outcomes; I did the same for youngsters in the Extended School Day program at Alice Moore Alexander Elementary; and I was both a preschool teacher and administrative assistant at a non-profit preschool, Denton City County Day School.

After getting married in December 2012, I graduated with a Bachelor’s in Psychology with Minor in Counseling in 2013. At first, I thought learning about psychology and counseling was just a good enough thing to do, for the time being, since the rock star thing didn't work out. In researching graduate programs that would enable me to become a psychotherapist, I discovered that the field of clinical social work added a lens of social justice to the work of psychotherapy. This was totally my jam!
‍
In February 2013, received an acceptance letter from the School of Social Work at The University of Texas at Austin, a top program in the nation. During graduate school I completed internships at Maplewood Elementary School (through CapCityKids) and UT's Counseling & Mental Health Center, where I developed my passion for group psychotherapy.

Upon receiving my Master of Science in Social Work degree in 2016, I joined a private group psychotherapy practice, Louis Laves-Webb, LCSW, LPC-S & Associates.  There, I rebuilt my confidence to run a business, launched a therapy group of my very own, and developed specialities in helping other helpers and healing traumas that occur in family-of-origin and other relationships.

In 2017, with Becca Sagall, LMT, I co-founded a relationship-focused networking group for Austin-based wellness entrepreneurs, which enriched my knowledge of both evidence-based and spiritual healing practices (though these aren't always mutually exclusive), allowing me to better serve clients with diverse needs and worldviews. (If you want referrals for massage therapy, acupuncture, yoga therapy, eastern/herbal medicine, somatic experiencing, physical therapy, substance use intervention, Ayurveda, or Feldenkrais Method in Austin, I've got you covered.)

In January 2019, for the first time in nearly 13 years, I went into business for myself, working alongside the seasoned professionals of the Spicewood Psychotherapy Group. I put together the group room of my dreams, started some new therapy groups, continued to educate myself through local conferences of the Austin Group Psychotherapy Society, and generally reveled in the glory of face-to-face human interaction until... well, you know what happened.

In March 2020, with COVID-19 spreading rapidly across the world, I abruptly shifted all of my work to telehealth. I passed the time for about 10 months by enrolling in Ample & Rooted's Online Eating Disorder Training Program, which equipped me with the basic tools to help clients abolish shame related to eating and body image, develop trust in bodily intuition about movement and food, and resist the the diet-industrial complex with gusto.

In late 2021, with the world changed forever and no clear end to the pandemic in sight, I decided to give up my office and move to San Antonio (where my father grew up and, relative to Austin, houses were half-price).

And here we are, in 2022, with a new website and a new "About Me" page to write.
‍
Many people helped me along the way, but most of all, I am indebted to clients who have shared their lives with me, took the risk to be vulnerable, and showed me not only the value of human connection, but the value I have to offer the world. Thank you.

Who knows what's next? The sky is the limit. Anything is possible. We have nothing to fear but fear itself. The world is our oyster? Regardless, there's some quality therapizing to do, and if you're reading this, I'm excited about the possibility of being on that journey with you.

I look forward to the knowledge, wisdom, insight, connection, growth, fun, and sheer experience that life’s great wonders and challenges have to offer. Mostly, I look forward to sharing these experiences with others, and seeing what we can make out of them, especially if it's something we hadn't imagined before.